The Guardian of the Souls is a evil individual who kept the souls of a graveyard underground in Redakai: Conquer the Kairu.

do to appearing only briefly with little to nothing actually revealed about him, this character is more or less an enigma, though it is implied that the Guardian is undead giving his decaying appearence (though this could simply be old age) and red eyes and echoing voice.

The Guardian of the Souls had a bone-like appearance and a wrinkled face with a bone white mustache. One of his most prominate features were his glowing red eyes. He wore a purple cloak with the hood decorated with an orange trim, and a burgandy suit underneath.

The Guardian of the Souls was a powerhungry individual who only seemed concerned with his own gain and was willing to go to great lengths and time to achieve his goals.

It is implied that the Guardian is a very patient man (though it is unknown how long he was sucking the energy of souls) waiting for a time to gather energy needed to achive his goals.

Despite this he was also a very paranoid person believing that the Imperiaz and Team Stax (albeit correctly, though they were unnaware of it) that they had come to steal his power and unleashed vortexes upon them.

The Guardian of the Souls is not a Redakai though he does seem to know of the existance of Kairu and how to gain power from it, as well he was able to determine that the warriors-in training were at the cemetery for the Kairu Relic and that the souls he captured would be release if the got the Kairu indicating some ability of perception. He claimed that he almost had enough power to conquer the realm which implies that he was more powerful than what is implied of his abilities.

Not much is known about the Guardian's past, however he has implied a few things about himself. It appears that he is either undead or very old given his raspy voice, pale skin and red eyes. Though he is not a Redakai he knows about Kairu, but to what extent is unknown as well as how long he has known about Kairu.

When the Kairu fell to earth six years prior to the start of the series it is assumed that the Kairu gave the relic the power to trap spirits, which the guardian than used to gain power. However, Considering that he lives in an ancient grave yard implies that he is an ancient indavidual, who could have been stealing the life force of souls far longer than six years and would've had that particular Kairu desposit long before the cataclysm event, or that the kairu falling to earth could've also increased his power.

The Guardian made his first (and possibly last) appearence in The Guardian of the Souls . . The Imperiaz E-Teens first encountered him and he tried to use his Guardian's Vortex to suck them up but was unsuccessful. Later, Maya and Boomer encounter him as well and he uses his vortex. At first, he is winning but thanks to Ky's help - Team Stax is able to throw him into his own vortex, presumably leading to his death. With his downfall and Team Stax absorbing the Kairu from the Eternity Key - the souls he was keeping in the cavern were finally freed. 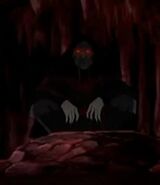 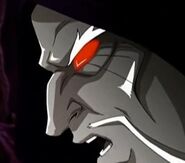 Add a photo to this gallery
Retrieved from "https://redapedia.fandom.com/wiki/Guardian_of_the_Souls?oldid=17907"
Community content is available under CC-BY-SA unless otherwise noted.