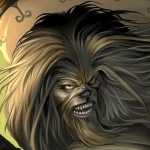 Hey Zach, if you could go to the IRC chat. There are things to discuss on the Wiki.

how do you get the collaborator badge????

zachattack31 how did you get the collaborator badge i,ve already made 50 edits but i still didnt get the award

Could you please stop adding the Redakai category to every card. There is no use for that, please.

Yes, you can fix them.

Well, none because the Redakai category you added was about Redakai, the TCG and the cartoon as a whole. However, it's real meaning are Warriors who have mastered Kairu so you can add it to the members of Team Stax, Master Boaddai, and Lokar.

Yeah, sure, just name it Game instead of Redakai (game).

Um- I would remove Nuza as admin 1. He is more active on Bakugan Wiki 2. He doesn't edit a lot 3. Idk I would just think he needs more um.... experience. I would rather have you as an admin. Thanks Zach- Z

Oh yeah sure you can make those categories.

Yes I understand but Abce2 and I agreed earlier before that we would have card names with similar titles on the same page. If I see the same cards with different rarities I might discuss it with Abce2 and change it.

Ok now I understand but those example you have given me, they all have different rarities so it would be silly to create separate articles for cards with similar names.

Oh don't worry, we all make mistakes. You didn't waste my time, I always have time for questions and such, wheather it silly or serious, I'm always available. :)

Oh yeah, I read it, it was awesome! I loved how you described the guy holding the staff's appearance as well as the ending. I can't wait for the next episode.

Zach oh man, why did you upload that pic of the cast of characters to every character? I mean I know it shows all characters but c'mon, you should upload pics for a specific characeter, not a whole group shot, that belongs in the tv show article.

Should we make episode pages. I think we should.

Zach, you're an admin now, so you're suppost to know what to do without asking other people like me, doing that does not make you responsible to be an admin, now get rid of all those pics that you posted on each character.

Don't worry you just need sometime to get used to it, sorry about what I said, and thanks for gettimg rid of the pictures, but I believe you missed a few.

I'm just asking that could we be friends because I don't have a single friend on every single wiki I've been to. If you agree let me know on my talk page.

one thing I want to tell you right now is that thanks for agreeing for being my friend on this wiki. I'm really thankful about this. Like I already said, I had no friends on a single wiki until you became my friend.

Also, if you have any time tell me about yourself a little and tell you a little bit about myself so we can get to know each other a little more.

Hey this is Q what did he say about the wikia?

Hey Zach I've couldn't do it tonight but I've took some pics I'm just not done yet I'll have the rest done tomorrow, is that ok? anyways thanks again

Hey, Zach the pics I've took is gonna take a little longer than I've thought so I'm going to retake them in a small size, I'm gonna get some done tonight and tomorrow I'll do the rest, well if I don't go somewhere because I've been busy lately, but if not tomorrow I'll still have it done, ok?

Hey what did they say about it? and if it's ok if I adopt SEGA Wiki I hope it's ok!

Thanks The Mighty Q

It's okay but if you want to keep trying please do so I can find out what to do. and I know it's already a Sega Wiki I just want to help clean up and other stuff cand invited more users to help out by maintaining it and keep it looking good so it can be good as Marvel Wiki and I also decided to make Sega Wiki a Database wiki like Marvel Wiki so stuff like SM Wiki want get in trouble and other stuff, so that's why I asked you can I adopt it cause I just was going to put it down. Nice icon you got there! it's awsome!

Thanks again The Mighty Q

Incidentally, you do have a few uncategorized pages; however they mostly appear to be policy style pages. You may wish to create a category for them. -- Wendy (talk) 02:09, August 23, 2011 (UTC)

Hey on my Fanon I starting on put Zakaros and the other BakuGods/ Dark Gods and other stuff in my Fanon.

I'm working on it. I carry a flash drive on me at all times just in case the SM guy has his laptop and in a sharing mood. I can access anything SM has on file. Don't want to seem pushy either... LOL

So i have found the last episode of this season 1, its called True Colors it is very similar to the Bakugan episode name. and that new team is actually a new team sent by Lokar to battle Ky.

So i have found the last episode of this season 1, its called True Colors it is very similar to the Bakugan episode name. and that new team is actually a new team sent by Lokar to battle Ky.

I have just looked at my messages (for the first time on this wiki) and found my reasons for being blocked, while I do not agree I do understand you reasoning. I would like to further discuss a compramise to suit anything this wiki could use. Please contact me, though I will probally not respond right away, I look forward to the discussion soon. ChirtmasEve, 7:15pm User:JanSzary

You did not have to take this so badly, and insulting me with you message. I would have appreciated a better and more polite response than the one used, especially the use of swear words. and one more thing, Redakai is not an Anime because it was not made, nor originates from Japan, airgo it is a cartoon. This means war, while I cannot offically made edits while logged in, I can made an anonous edits as a wiki contributor while not being signed in or I could simply make a new wiki account. This means war Zackattack31, your arrogence will be the downfall of this wiki.

Dear Zachattach31, I appolgise for not replying sooner but I had alot of school work to do, as well as a birthday. I looked into the matter inolving the message sent and the reply. While it was sent from my home adress it was not I who wrote "your" response, nor my response to the answer. I believe my sibling pulled it as a joke. If you do not believe me I am fine with that, and while I am outraged to be a puppit to this game of my sibling's, I do not mind being banded from Redapedia that much anymore, I will get revenge on my sibling's sadistic pratical joke. I admit that my sibling forged my tone of writing for the reply exceptionally, I personally think that tone used for you was overdramatic. I will deal with my sibling, so do not worry. If you don't believe this message than that's fine. I will be contacting Wiki's service providers for clearence in this matter. I suggest that you delete the fake response to the message, or don't I don't care, I appologise for this matter, rest assured I will make sure it will not happen again.

Dear Zachattack31, I have dealt with my sibling. I also checked my messages recently. I thankyou for that chance. After some thought I suppose the conditions that you asked are acceptible. while I do disagree with some on the existance of the Errors and Questions page, I suppose that their is nothing wrong with keeping it up. As for the anime. While Redakai itself is not an anime it does have an anime style in the drawing. I am willing to put my debate aside for the sake of compramise. As for your arguments against me. I wanted to take down the Errors and Questions page because I thought that said errors should be on the page that they correspond with. I was not denying the flaws of Redakai but simply thought that they were out of place, though I suppose that the Errors and Questions will do for the moment. However their are only Errors and no questions on said page, I must point out.

I do appreciate the contact and appolgise for this missunderstanding on my sibling's little prank. I would appreciate it if I was unblocked, but I understand if I will remain blocked. For the moment I am severing ties with wiki so that if my sibling does send any other message you'll know its not from me, I have a lot of school work to do anyway. Though I will probally be back in March or April. Enjoy Redakai

It is I, JanSzary, and I have returned to Redapedia a bit earlier than expected. A lot of people at my school got sick and I got dragged home early by my Mom, so I thought I might as well see how Redapedia is doing and found I have been unblocked. Their is another reason that I came back early, its not really my business if you don't feel like answering me that fine, I have a question thats been bugging me for a bit you see. My question is that if you feel that it is no big deal in whether or not we call Redakai an Anime or Cartoon than why do you insist that it is called Anime on this wiki?

I would appreciate the contact but if you don't want to answer than I'm fine with that, its not really much of my business anyway.

Hey! Should we add separate monster pages.. I mean other than the card ones?

Example Of What I Mean: Magnox , Big-Rigs

I think The New Warrior is actually episode 23 of Redakai. Green with infinita envy is the 22nd one. (:

Hi ZachAttack31, I was wondering how I can add attacks to the episode page for the season 1 finale. Also, how would we be able to make the pages for Connor Stax and Ekayon have sidebar panel on the right hand side like with almost everyone else? Thanks :)E-TeensRule 14:06, February 18, 2012 (UTC)

hey zach sorry about the stupid rynoh story on the wiki but i wondering how could i or if you could delete them for me!!! SORRY!!!

We share the same internet; or ... did. That and the fact that we created our accounts on the same computer. ~FSB~

The logos I worked on were FROM the official B & W logos that was photos, I just gave it more colour.

Hello Zach nice job getting the 1st place.that is amazing considering that you've joined at January.so will you be my friend.?--Harishben10 (talk) 06:31, December 19, 2012 (UTC)Harishben10

Should we change the poll? It's pretty old.

Hello, thanks for your welcome to Redapedia Wiki.

Would you consider giving this place a new admin? Just wondering.

Retrieved from "https://redapedia.fandom.com/wiki/User_talk:Zachattack31?oldid=16339"
Community content is available under CC-BY-SA unless otherwise noted.